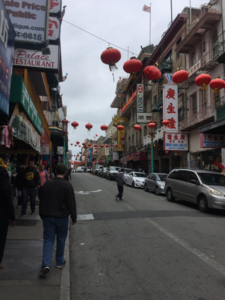 It was a nice walk up through Chinatown to find The House of Nanking, and I tired the “Melt in Your Mouth Calamari” which were true to their name.   Yes, Stan gave me another great recommendation  (Thanks again.)

I decided to head back to the hotel for a short rest before I headed out for the ball game.  I have been to ATT park before so my immediate target was the garlic fries.     As soon as I made it into the park, even before I found my (oh so excellent) seat, they were a must.   It was going to be a long evening as it was Star Wars night at the game, and there would be fireworks after the game.

The Giants were playing the Braves.  I think I may have been a good luck charm for the Braves on this trip.   I saw them in Atlanta on May 1, my first tourist day on tis trip and they beat the Mets.  Tonight, on my last tourist day, they beat the Giants.   Just saying…..

Luckily the game moved along quickly and the fireworks were quite awesome as they played to the videos and music of Star Wars.

As I walked back to my hotel, the streets were still filled with people, that feeling of melancholy was present within me, but there was a brod grin forming on my face.

Yes, there was a patchwork of feelings inside me, on this patchwork voyage. 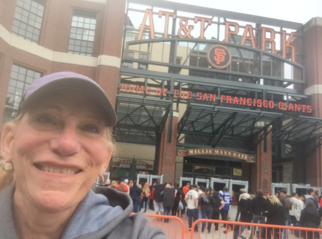 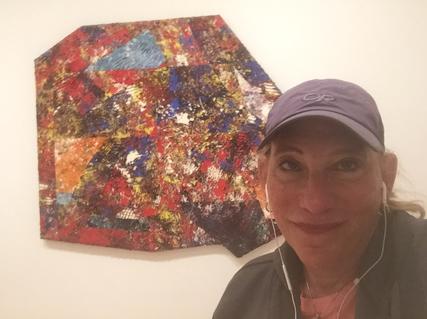 I think I may now begin, yes just beginning, to understand that feeling that is sometimes called melancholy.

Melancholy:   a pensive mood
a fine romantic kind of a melancholy on the fading of the year — Richard Holmes

This day would be my last day before I get on the California Zephyr and then the Lake Shore Limited for four days on the rails, headed back to Boston.

There was a pretty good internal debate going on inside of me.  One part was wondering how to fit as much as possible into the day.   Another was already feeling sad that this amazing voyage was soon to be over.

In one corner of my mind, there was part that was starting to curl up and letting me know that she was dreading having to be cooped up on trains for four days and three nights.   She was sniffling and on the edge of tears, as I went over to tell her it would be fine.

There was a planner part who as already organizing the day ahead, as he was not paying any attention to any of the other voices trying to be heard.

In truth, he actually came up with a good plan for the day.   It included going to the San Francisco Museum of Modern Art when it opens at 10 AM; walking up to Chinatown to the restaurant that my friend Stan recommended for lunch; and then heading over to AT&T park for my fourth MLB game on this trip.

I have been surprised that there was no voice inside that was expressing any inkling of being homesick.  In fact, I was hearing a few murmurs of how much fun all these adventures have been and even a few questioning if we really had to go home?

I headed out a little after 9 in search of breakfast.   As far as I can tell about downtown SF, there are people walking in every direction at every hour.  This is so different than my walking experience back in Anaheim when I could walk for a mile and saw less than 5 people on the streets.

I grabbed a quick breakfast on Market Street and headed to SFMOMA.  This is a beautiful museum.   I am sharing a picture of me in front of  “Robbin’ Peter” by Sam Gilliam.  This work stuck me due to it actually being like a patchwork quilt of different pieces and shapes.   It made me reflect that this voyage I have been on has also been a patchwork of sorts.   Museums; beaches; ball game; movies; music; meeting friends; presenting and trains-trains-trains. – and sharing the adventures with anyone who cares to read about it.

I spent 3+ hours at SFMOMA.  As I went from gallery to gallery, and with the help of the app that would inform me a bit about the different works on display, I started to become aware that for many – if not all – of the works on display, no matter how abstract or clear they might be, were causing internal feelings within me, many of which were hard to put words to.  OMG!  This was a Eureka moment for me, so this is art!

There was a critical part inside getting ready to tell me how dumb I was, but another part quietly took him aside as she told him it has taken a long, long time to realize this, and it was all for the best.   Surprisingly the critical part listened to this and even admitted that he too was truly enjoying this visit. 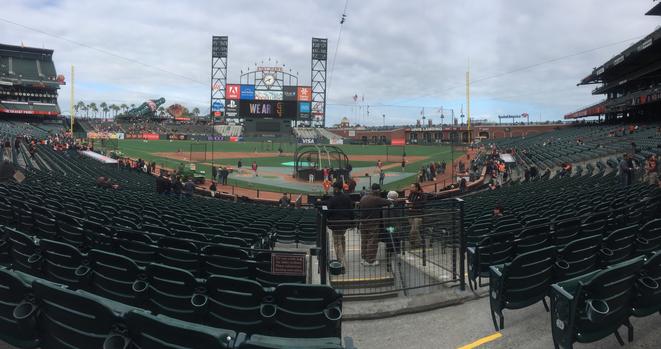 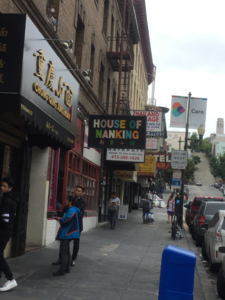 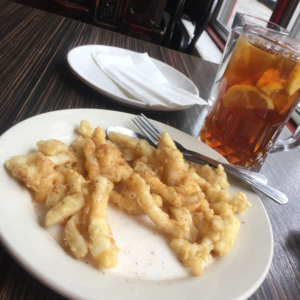 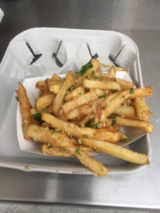