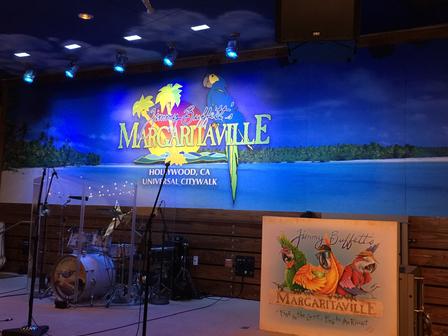 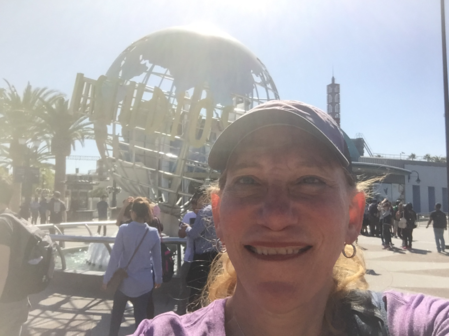 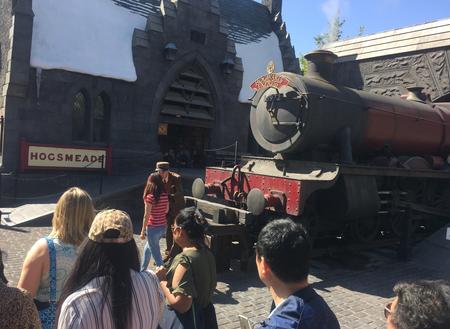 I am beginning to like calling for an Uber.   The entire dynamics of the pricing based on supply and demand is pretty fascinating to me, and certainly after a few weeks I just accept the adventure as it is.     I usually sit in the front seat and have a great conversation with the driver.   Way cool.

This was my day headed out to Universal Studio Hollywood.  After my weekend at Disney I was looking forward to it, mostly, but still wondered what it would be like.  Another good example of my adventures without a great deal of research beforehand.

Looking online, it appeared that buying the tickets online save 415 and also let you in the park early, so early in the morning I did just that, and called for the Uber.  I still have not got acclimated that driving in LA takes forever so it took almost 45 minutes to get there.  It was a gorgeous day.

Of course the first stop was going to be Hogsmeade, and the world of Harry Potter.   I found out quickly the ride was not opened yet.  I thought this was a bummer but it turned out to be pretty fortuitous.   It was recommended I take the studio tour first, so I headed down to the tram.   I did not know what to expect but WOW!  The trams themselves became ride simulators at various stops along the way.   That grin I found at Disney was planted back on my face and just got bigger throughout the day.   On the tram, we entered Skull Island and were immersed in a 360 - 3D screening of Kong saving us from some dinosaurs as the tram was rocking and rolling.    What a great start to the day.    The tram took us through the lots and we had further adventures. But I won’t spill all the beans to you, but, my bottom line (jumping to the end here) is for someone not too big on these parks before this week, I have been converted to a theme park fan.     You just got to go!

Universal is pretty manageable in a day.     After the tram, I hit Springfield and the Simpsons Ride –  pretty awesome in its own right and then headed down to the lower lot, for the Jurassic Park River Ride, and then Transformers.  At this point I was blown away by the Transformer ride, and thought nothing could top it.   But I was wrong.   I skipped the Mummy ride as I am not a big roller coaster person, and then headed back to the upper lot and back to Hogsmeade and the Wizarding World of Harry Potter.   For those interested, single lines work well at Universal  and the lines on a Wednesday were all pretty reasonable.

OK, this Harry Potter ride was AMAZING..  You get to go through a tour of the castle at Hogwarts and it is dark and so true to the book.  But this ride is not like any others   You are put in a 4 seater all facing the same way and held in with a full body harness and you are spun and shaken and turned almost fully upside down as you are gong through the ride with the characters and adventures going on all around you.   Each ride I went on seemed to be increasing intensity but. Did I say this was AMAZING!!!

I continued my day with Minions, The Walking Dead, Shrek and the live performance of Waterworld.  I sat in the front rows that said clearly Soaking area.   Yes, they were true to the their word.   Thoroughly drenched I was , when it was over, but oh, what great fun..  That grin was ear to ear!

I hung out in the sun to dry off a bit and soon headed over to the City Walk and for the first time went to a Margaritaville to get  a Cheeseburger in Paradise.

Pretty sure I liked Universal even more than Disneyland.

Yes, Day 19 was just another day in Paradise… 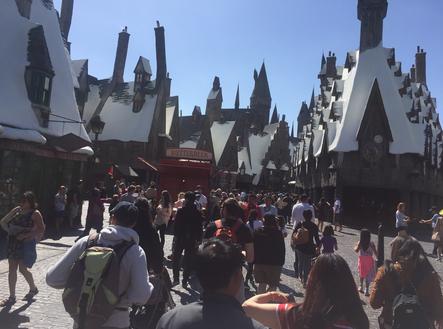 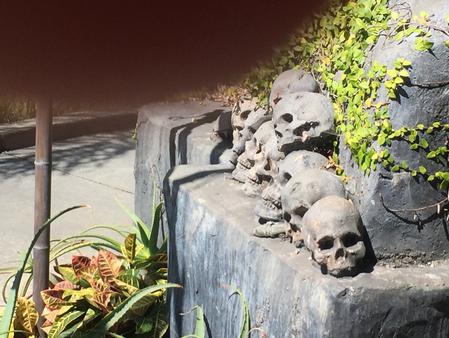