Well, I made it through six innings before I crashed and needed to get some sleep in a real bed. 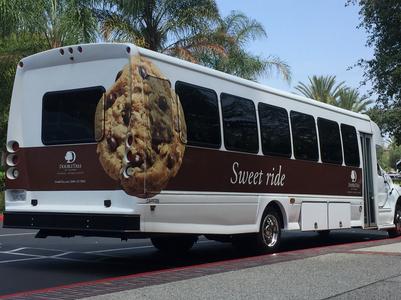 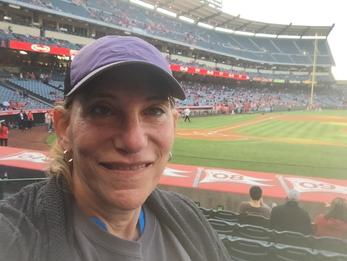 An exercise in perspective here;  The statue of Mickey is about 7 feet tall

This stop was a Doubletree, so at least I would get some cookies for breakfast.   There was a Starbucks stand in the hotel so I got some coffee too.

​In my best Seinfeld voice - "What is about these Starbucks in hotels, that do not take your Starbucks Account App for payment?"

​I had to fumble for some cash, but got my morning caffeine, and then a long needed shower! 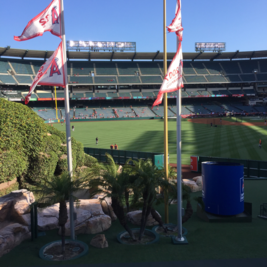 Day 13: Angels in the Outfield 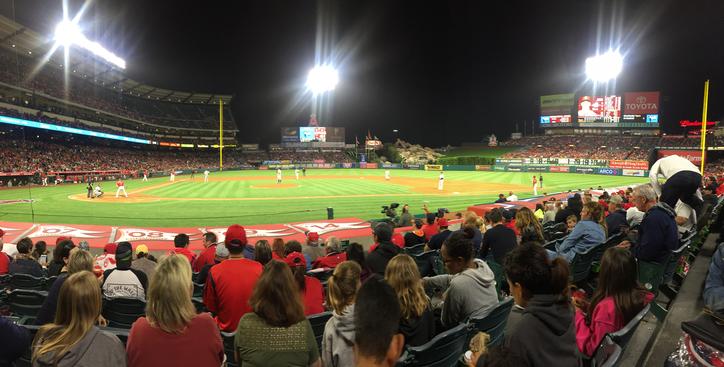 My friends Christine and Shirley came down from LA to meet me for lunch and it was great to see a few familiar faces.  They introduced me to Souplantations - a soup an salad all you can eat place, which was awesome. 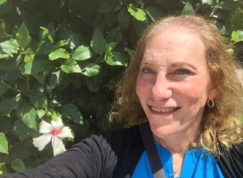 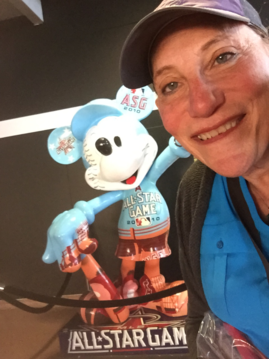 It was my second night trying to sleep on the train.  I guess this was partially successful, as I was a bit groggy as I was starting to hear an annoucemtn and had to crack open the door of my roomette.   The announcement continued, "We are now entering Union Station in Los Angeles. Please gather all your belongings and make your way to the lower level to leave the train."

It was 5 AM.   I had a feeling that the morning would be like this so I pretty much slept in my clothes that night.  I made my way off of the train and found the ticket booth so I could get another train ticket for the Surfliner to get me to Anaheim where I was planning on spending the weekend.   Got my ticket and made it back to the same track for the 6:05 leaving.   It only took a 1/2 hour to get to Anaheim and then grabbed an UBER to get to my hotel. 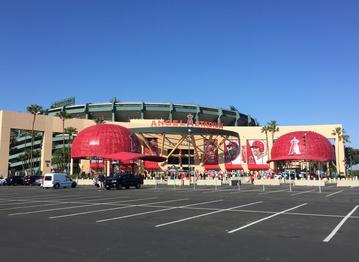 My bucket list item for the day was to get to Angel Stadium.  The hotel peeps told me it was a straight 1/2 mile walk from the hotel, so late in the afternoon I decided to take the walk.

​It is a little hard to believe that just a week ago I was walking through the narrow streets of the French Quarter in New Orleans.  This streets were not wide enough to have both a car and a bicycle at the same time.   Here in Anaheim it was, as best I could describe it, a  Prairie of Pavement.  It was unnerving crossing the streets that consists of 10 lanes of traffic.  Even watching the 30 second countdown on the walk signs, I found myself running across the streets.

I walked the 1.2 miles and was struck by the lack of people on the streets.   Just felt a bit strange...

​I did get to the stadium and choose to buy a damn good seat.